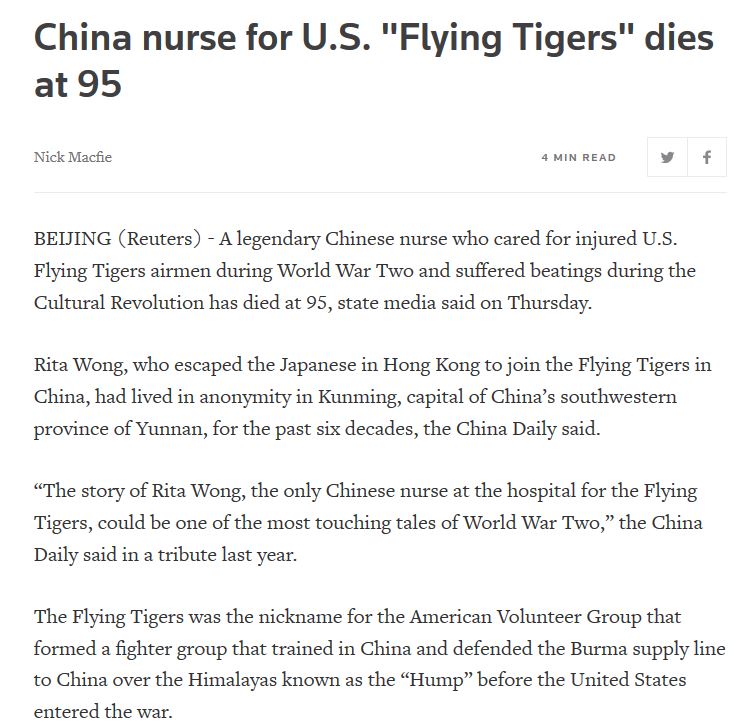 BEIJING (Reuters) – A legendary Chinese nurse who cared for injured U.S. Flying Tigers airmen during World War Two and suffered beatings during the Cultural Revolution has died at 95, state media said on Thursday.

Rita Wong, who escaped the Japanese in Hong Kong to join the Flying Tigers in China, had lived in anonymity in Kunming, capital of China’s southwestern province of Yunnan, for the past six decades, the China Daily said.

“The story of Rita Wong, the only Chinese nurse at the hospital for the Flying Tigers, could be one of the most touching tales of World War Two,” the China Daily said in a tribute last year.

The Flying Tigers was the nickname for the American Volunteer Group that formed a fighter group that trained in China and defended the Burma supply line to China over the Himalayas known as the “Hump” before the United States entered the war.

The airmen, whose planes were painted with shark teeth, were known in China as “Fei Hu” (Flying Tigers) for their courage. “Flying Tigers” became a movie starring John Wayne in 1942.

At the beginning of the last century, when most Chinese girls married in their teens and stayed at home afterwards, Wong, also known as Huang Huanxiao, decided that she should receive an education and become a professional, the China Daily said.

She had just finished her course in nursing and started her internship at a hospital in Hong Kong, when Japanese troops attacked and took over on Christmas Day, 1941.

“All foreigners working at the hospital were sent to a concentration camp, and the Chinese were gathered at a hospital where they had nothing to do but wait for their meager food rations,” the China Daily said.

The Japanese made it a rule that no doctors or nurses were to leave Hong Kong and those who were caught doing so would be killed.

“But Wong was determined to flee. One night, on a small sampan, she floated with her brother, who was also in Kowloon, back to Macau” where she worked at a church hospital and saw dozens of people die every day for lack of medicine.

When she learnt that several of her classmates were working at the American hospital in Chongqing, the wartime capital of China, Wong decided that she would go and join them.

Her brother accompanied her on the dangerous trip of more than 1,000 km (600 miles) from Macau to Chongqing.

“Once there she went to the headquarters of Allied Forces, showed her nursing certificate and applied for a job. She was told that English-speaking nurses were badly needed in Yunnan and was sent the next day to a hospital in Kunming, capital of the province.”

It turned out to be a hospital of the US 14th Air Force.

The flights over the Himalayas were so dangerous that planes crashed almost every day. Most often the airmen were never found, Wong recalled in her diary.

Later in life, she would suffer a hunched back, the victim of “beatings during the 1966-1967 Cultural Revolution”, the China Daily said last year. It did not elaborate.

“She died with a smile, just like her Chinese name suggests – it translates into joy and smile,” Xinhua news agency quoted Gao Demin, Wong’s eldest son, as saying.

During Wong’s final years, she was visited by some former Flying Tigers and their descendants from the United States, and descendants of Chinese pilots. 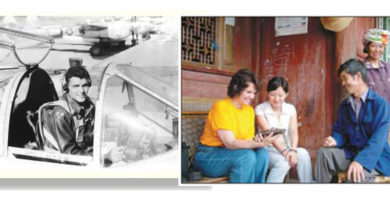 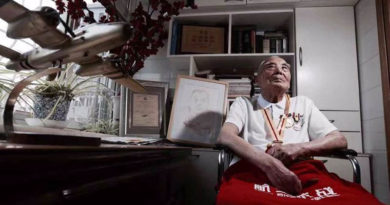 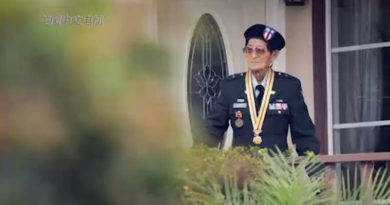